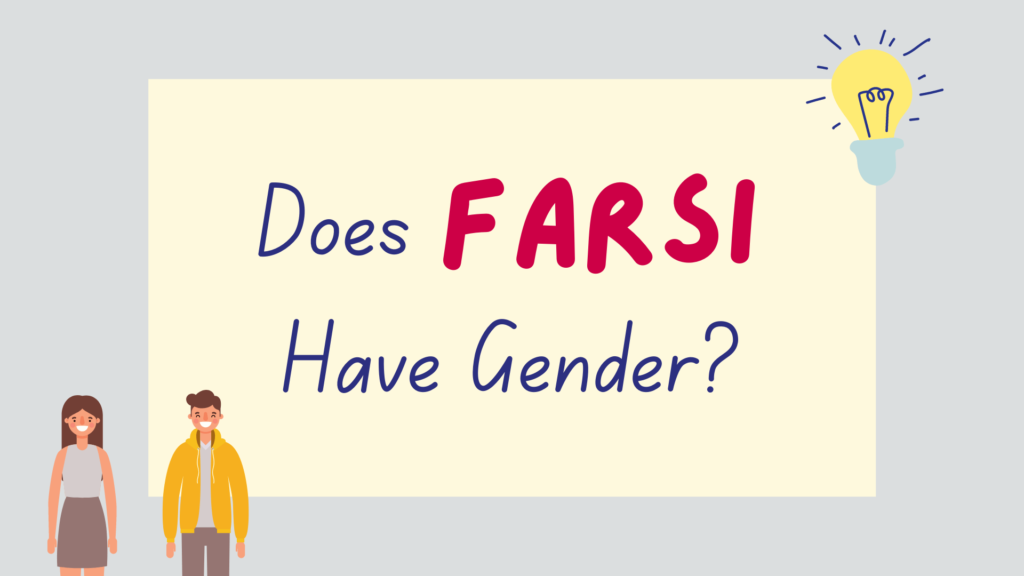 A common question that new language learners have is ‘does Farsi have gender?’

Does Farsi Have Gender?

No, Farsi does not have gender.

This means that nouns, like cat, table, hat etc, are either masculine or feminine (some languages like Polish even have a 3rd gender!)

This can be daunting for English speakers as English doesn’t have gender.

Luckily, you don’t have to worry about this when it comes to Farsi because, similar to English, Farsi doesn’t have gender.

Nouns are not categorized as either feminine or masculine in Farsi.

Does Farsi Use Gender Pronouns?

No, Farsi does not use gender pronouns.

That’s right, Farsi actually uses the same word to refer to either ‘he’ or ‘she’. It is completely genderless.

As you can see, there are no equivalents to she/her or he/him in Farsi. All pronouns are gender neutral.

Why Is Farsi Genderless?

The transition occurred around 300 BCE so it’s unclear why or how gender was removed from the language.

It was likely due to the influence of other languages used in the area at the time.

Want to learn Farsi? We have a free PDF that I know you’ll love…

✔️ Farsi script for each word

✔️ Pronunciation for each word

✔️ English translation for each word

Check your inbox or spam folder for a confirmation email to receive the PDF! (might take a few minutes)

Thanks for reading this post which answers the question ‘does Farsi have gender?’.

If you want to learn Farsi then these posts will help: