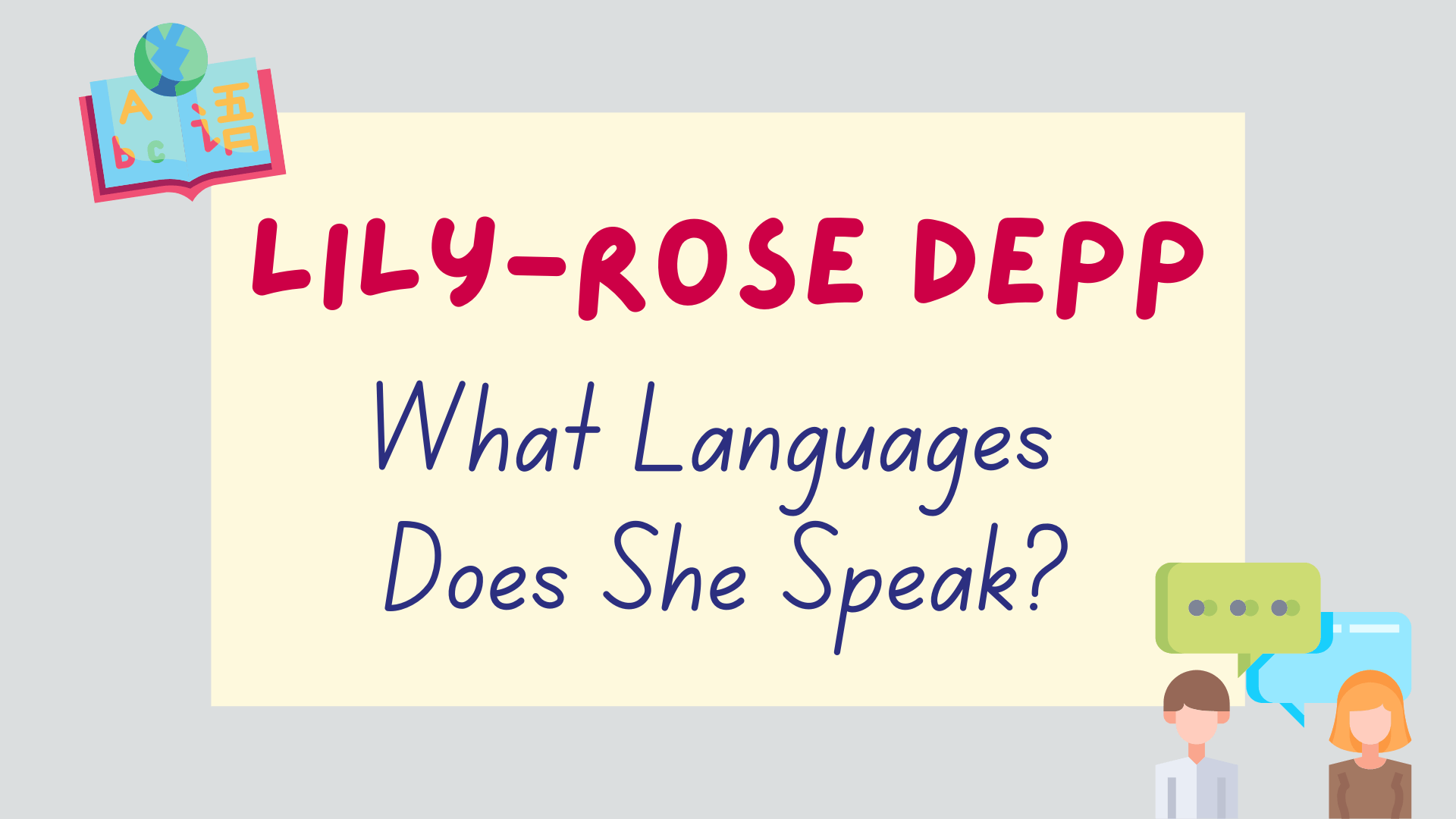 Lily-Rose Depp is a French-American actress and model.

You may be wondering how many languages does Lily-Rose Depp speak? She has had huge success so it’s natural to wonder if she also speaks multiple languages.

Don’t worry, we’ve got you covered. This post will go into detail on what languages Lily-Rose Depp speaks, how fluent she is in them and how she learnt them.

What Languages Does Lily-Rose Depp Speak?

Lily-Rose Depp is bilingual, meaning that she grew up speaking 2 different languages.

Lily-Rose was born in Neuilly-sur-Seine in France in 1999. She has a French mother, Vanessa Paradis, and an American father, actor Johnny Depp.

Lily-Rose spent a large part of her childhood living in France and due to this she speaks French fluently.

She said in an interview that she speaks exclusively in French with her mother and the rest of her French family.

She said it was important to her mother that she speak French and Lily-Rose also wants her own children to speak both French and English one day.

Even today, in her adult life, she splits her time between the US and France, still retaining both French and American citizenship.

As a native speaker, she speaks with an authentic French accent.

She once noted that she loved speaking French growing up as when her and her brother were at school in the US, it was like their own secret language.

Whenever they wanted to say something to each other privately, they would just say it in French and nobody would understand.

You can see Lily-Rose Depp speaking French in the video below:

Her French was analyzed by Pearl, a native French speaker who runs the MyFrenchStory YouTube channel.

Pearl said that Lily-Rose Depp speaks French perfectly and has no trace of an American accent at all.

You can see Pearl’s full analysis of Lily-Rose Depp’s French in the video below:

As Lily-Rose has an American father, she also speaks English to a native level. Additionally, she did grow up partially in the US.

Her father Johnny Depp does speak French but he learnt the language during Lily-Rose’s childhood as he wanted to be able to understand her and her brother better.

Lily-Rose primarily speaks to Johnny Depp in English and still does to this day. She also speaks in English to the rest of her American family.

As she speaks English natively, she has an American accent.

When speaking about her dual heritage, Lily-Rose said that she identifies with both cultures equally.

Interestingly, she said that people have commented that she speaks in a deeper voice in English and a higher voice in French.

You can see Lily-Rose Depp speaking English in the video below:

It’s great that Lily-Rose Depp grew up speaking both of her parents native languages as now she speaks perfect French and English without even trying! Impressive right?!

Thanks for reading this post which answers the question ‘how many languages does Lily-Rose Depp speak?’.