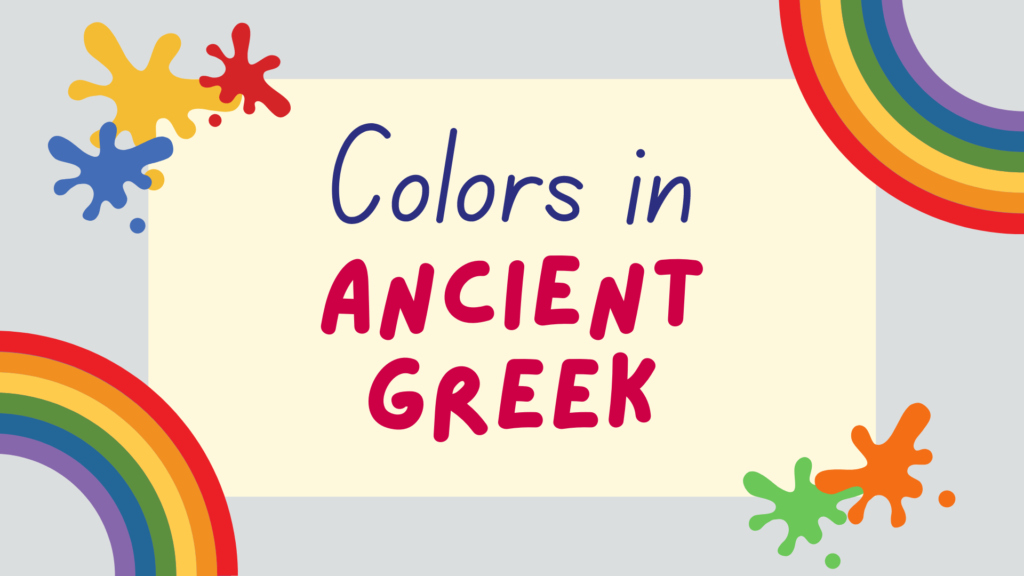 This post covers how to say and pronounce the different colors in the Ancient Greek language.

Learning the colors is super important as it allows you to accurately describe things. It’s also interesting to see how differently the Ancient Greeks classified colors.

So what are the colors in Ancient Greek?

The main colors in Ancient Greek are:

The Ancient Greeks didn’t distinguish colors in the same way that we do now, meaning that some English colors won’t have a direct translation into Ancient Greek.

One example is that porphyreos can actually refer to both pink and purple.

A famous myth about Ancient Greeks is that they couldn’t see the color blue. Is it true?

This is a common misconception and Ancient Greek people could see the color blue. They just didn’t distinguish it in the same way we do today so they didn’t have a specific word for ‘blue’.

Whilst in English, blue covers a large region of the color palette, the Ancient Greeks split this up into smaller regions.

As you can see from the list above, they had glaukos for light blue colors, kyaneos for dark blue and lampros for a cyan type blue, like the sky.

Kyaneos is a good example of how differently the Ancient Greeks saw colors compared with today.

Kyaneos generally means dark blue but it’s much more than that.

It can be used to describe the deep blue sea but also extends all the way down to black.

It has been used in ancient texts to describe dark hair and Ethiopian skin.

Thanks for reading this post which covers the Ancient Greek words for colors.

Knowing how to say the different colors in Ancient Greek is super important as it helps to accurately describe things.