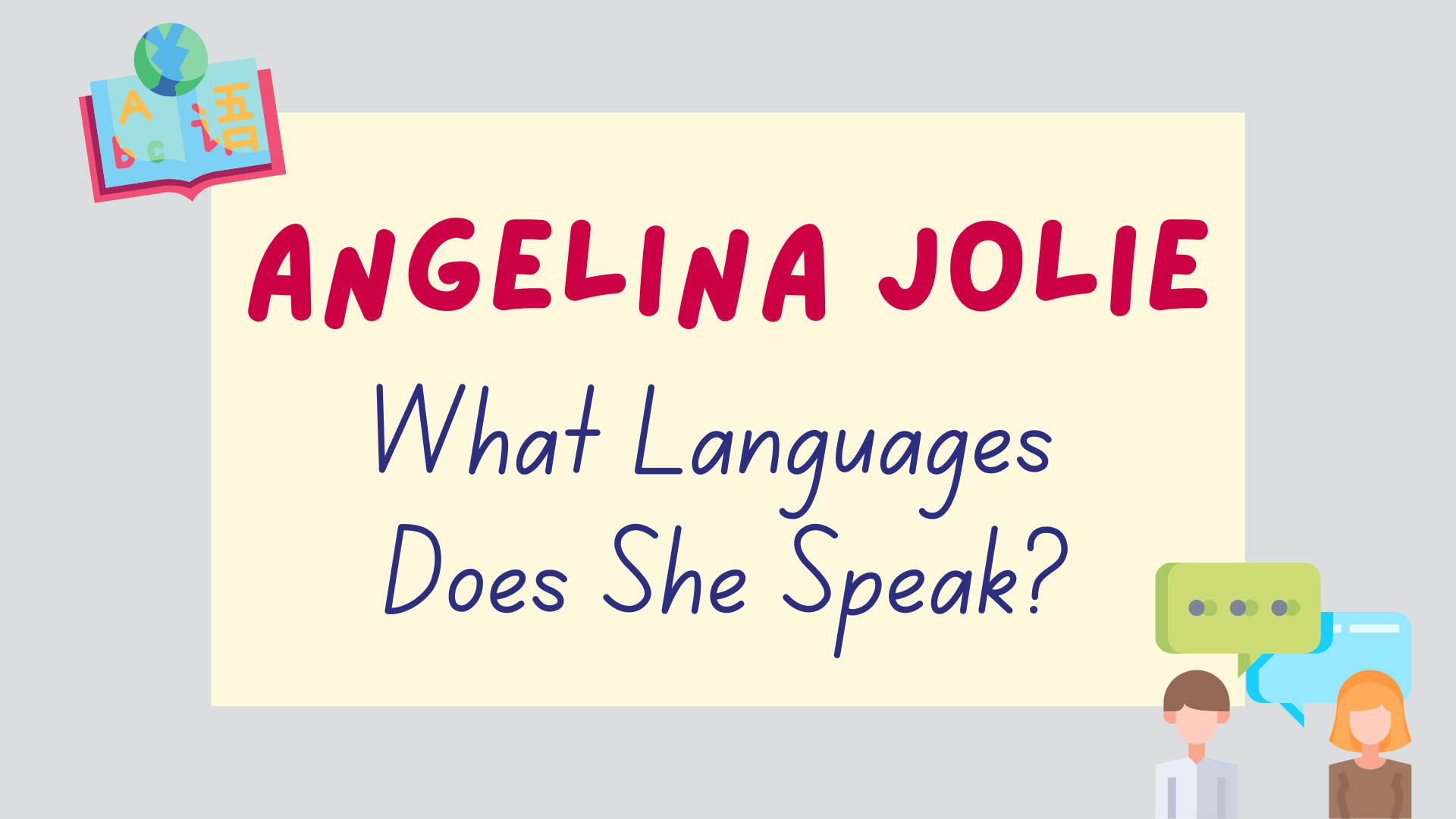 Angelina Jolie is an American actress, filmmaker and humanitarian.

You may be wondering how many languages does Angelina Jolie speak? She has had huge success so it’s natural to wonder if she also speaks multiple languages.

Don’t worry, we’ve got you covered. This post will go into detail on what languages Angelina Jolie speaks, how fluent she is in them and how she learnt them.

What Languages Does Angelina Jolie Speak?

English is her first language as she was born and raised in Los Angeles.

Yes, Angelina Jolie can speak a bit of French.

Angelina Jolie does have some French-Canadian roots through her mother, Marcheline Bertrand.

It was reported back in 2011 that Angelina Jolie was taking French lessons and had made it a priority in her life to learn the language fluently.

She said that she’s been studying French on and off her whole life and confessed that since her kids can speak French, she wants to improve her skills so she can speak it just as well as them.

She even said that her twins, Knox and Vivienne, speak more French than English! She said they have a French teacher that travels with them to teach her children French.

Check out Angelina Jolie speaking French in the video below. This video features an interview about Angelina’s spy movie ‘Salt’ in France.

It’s clear from the above video that Angelina Jolie doesn’t speak much French but she can say a few basic sentences.

Angelina Jolie was seen speaking Russian in the film ‘Salt’ in which she played a Russian spy however she doesn’t actually speak the language.

Angelina worked with a Russian language coach to perfect her Russian accent. She said it took her a long time to get it right and she had to practice over and over again.

She did confess though that she loves speaking Russian and thinks that it is a very beautiful language.

What Are Angelina Jolie’s Views On Learning Languages?

Although it seems that Angelina Jolie doesn’t have much time for learning languages herself, it’s not the same story for her kids.

Angelina once revealed that her kids speak 7 languages between them and all of them grew up learning French.

Angelina Jolie has 6 children, 3 of which were adopted internationally.

Her fourth child, Pax, was adopted from Vietnam at 3 years old. Her other 3 children, Shiloh, Knox and Vivienne, are biological children that Angelina shares with Brad Pitt.

Back in 2016, Jolie said that all her kids are learning different languages.

It was also reported that all the kids learnt French as young children.

Angelina confessed that the reason her children are learning so many languages is because they are interested in other cultures.

It may come as a surprise to you that Angelina Jolie is a mostly monolingual speaker. It surprised us too!

We love that Angelina is so passionate about her children speaking languages and is helping them to explore other cultures.

Thanks for reading this post which answers the question ‘how many languages does Angelina Jolie speak?’.