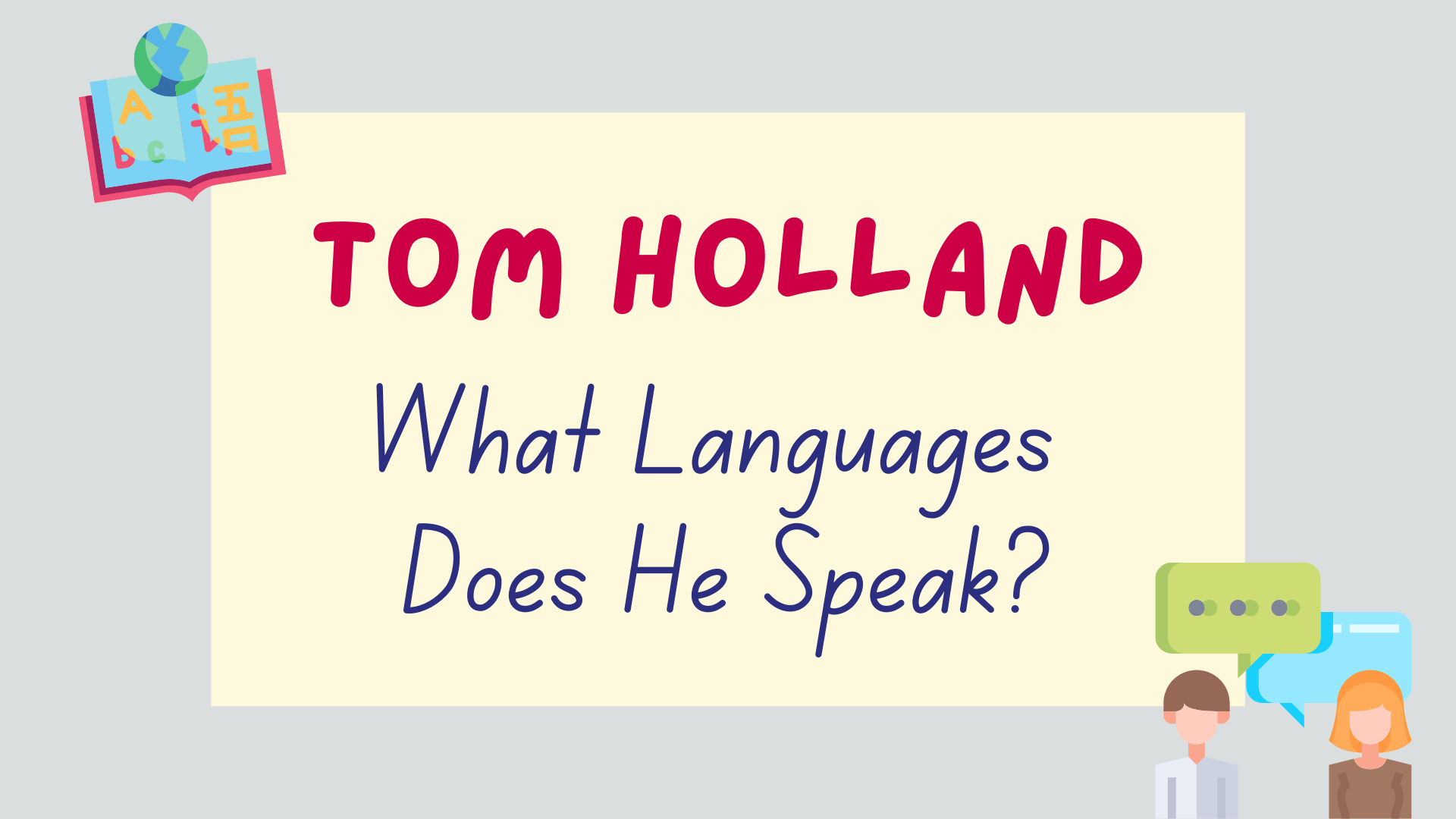 Tom Holland is an English actor who is most known for portraying Spider-Man in the Marvel Cinematic Universe.

You may be wondering how many languages does Tom Holland speak? He has had huge success so it’s natural to wonder if he also speaks multiple languages.

Don’t worry, we’ve got you covered. This post will go into detail on what languages Tom Holland speaks, how fluent he is in them and how he learned them.

What Languages Does Tom Holland Speak?

English is his first language as he was born and raised in London, United Kingdom.

Both of his parents are British and they spoke English to him growing up so naturally his native language is English.

As Tom is from London, he has a British accent.

He has noted previously that this actually shocks a lot of fans who think that he is American.

As he uses a super convincing American accent in most of his films, many people assume that he is American.

His American accent is so good, he can easily pass as a native.

You can hear Tom Holland speaking in his natural British accent in the video below:

In the above video, Tom also shows how he can easily switch between his British and American accent.

Although Tom can’t speak Spanish, his character Peter Parker (aka Spider-Man) can.

We saw Tom Holland speaking some Spanish during the Spider-Man Homecoming movie.

Check out Tom Holland speaking Spanish as Peter Parker in the video below:

In the video, the shopkeeper talks about Peter’s aunt in Spanish, assuming he can’t understand. Peter then asks how his daughter is in perfect Spanish, shocking the shopkeeper.

We know for sure that Tom cannot speak Spanish because in an interview he gave promoting the Spider-Man Homecoming movie, Tom played a fun Spanish game where he got most of the Spanish wrong.

The interviewer held up cards with various Spanish words and Tom had to guess what they meant.

He did correctly guess the first two words however he got all of the rest wrong.

Additionally, he pronounced most of the words incorrectly. It was certainly a good effort though for someone who doesn’t speak Spanish.

Check out Tom Holland playing a Spanish game in the video below:

At the end of the video, Tom reveals that he wishes he could speak Spanish.

He also mentions in a different interview that his biggest regret is that he has been to Spain several times and still cannot speak Spanish.

Finally, we did also see Tom Holland having a very basic Spanish conversation with another Spanish-speaking interviewer.

The interviewer asks Tom how he is in Spanish and he does manage to give a decent response back in Spanish.

Check out Tom Holland speaking Spanish in the video below:

Does Tom Holland Speak Any Other Languages?

Tom Holland cannot speak any other languages apart from English.

Whilst it seems like Tom Holland hasn’t had much time to learn languages (and who can blame him really), he has been seen speaking several different languages in the past.

These are often during interviews when the interviewer has asked him to repeat a word or phrase in their language for their viewers.

These include Spanish, Welsh, German, Korean, French and even Hindi!

Check out Tom Holland speaking other languages in the video below:

It may come as a surprise to you that Tom Holland is a mostly monolingual speaker. It surprised us too!

Even though Tom Holland cannot speak any other languages fluently, we are super impressed by how convincing his American accent is!

Thanks for reading this post which answers the question ‘how many languages does Tom Holland speak?’.