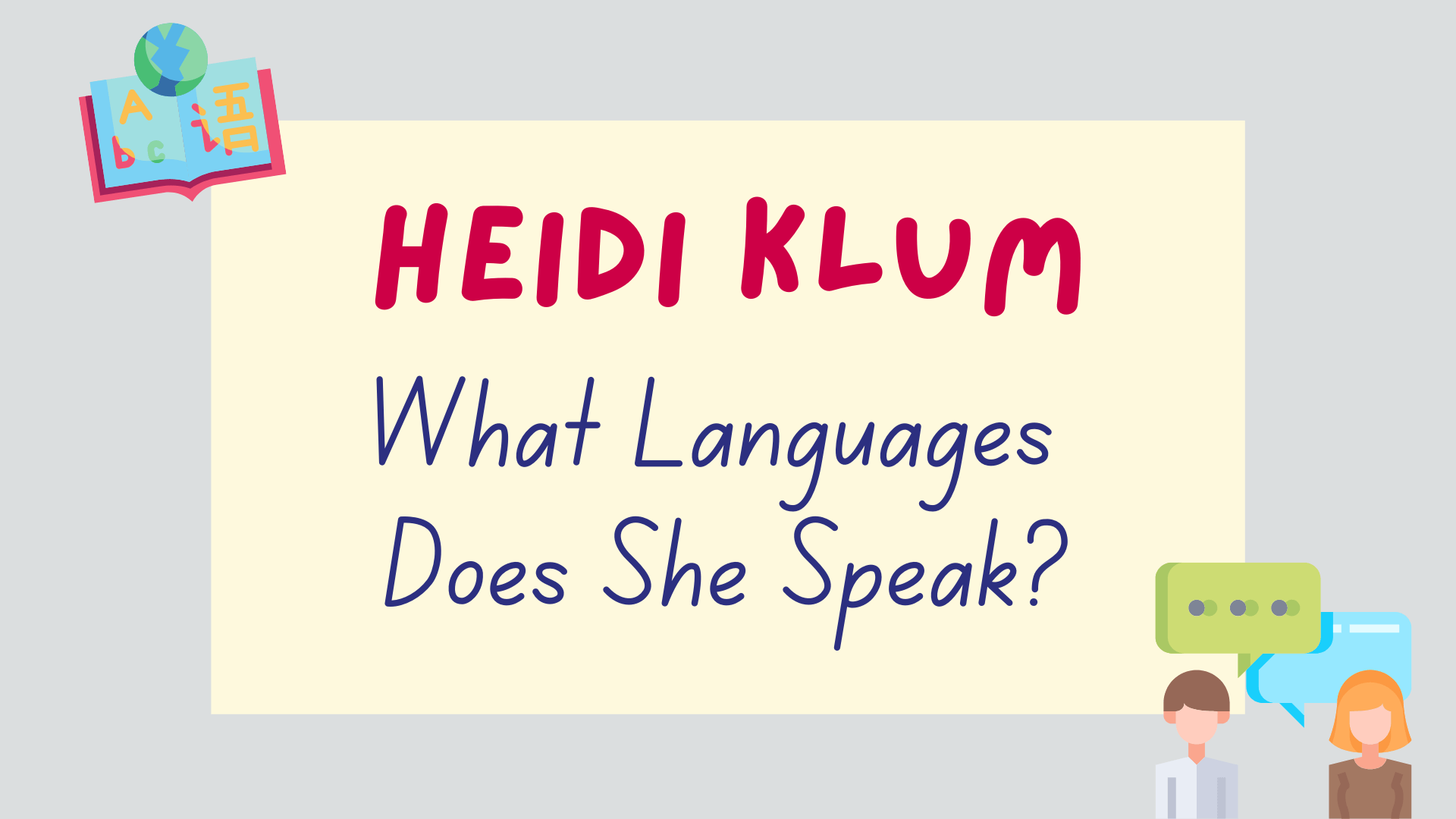 Heidi Klum is a German and American model, TV host, producer and businesswoman.

You may be wondering how many languages does Heidi Klum speak? She has lived in several different countries and has had huge success so it’s natural to wonder if she also speaks multiple languages.

Don’t worry, we’ve got you covered. This post will go into detail on what languages Heidi Klum speaks, how fluent she is in them and how she learned them.

What Languages Does Heidi Klum Speak?

Heidi Klum can speak English fluently as she has spent most of her adult life living in the United States, first arriving back in 1993 at age 20.

After living in the US for so long, she’s mostly lost her German accent when speaking English. She does still have a very slight German accent though.

Check out Heidi Klum speaking English in the video below:

She even became an American citizen back in 2008 but still maintains her native German citizenship too.

It’s not that surprising that Heidi Klum speaks such good English as most Germans do. English is a compulsory subject in school there.

German is actually Heidi Klum’s native language as she was born and raised in Bergisch Gladbach, a city located near to Cologne in Germany.

She is the daughter of German parents, Erna and Günther Klum, who spoke only German to her growing up.

Heidi Klum still speaks German on a daily basis with her German family.

Additionally her current husband, Tom Kaulitz, is also German so it’s likely that they speak to each other in German too.

Heidi Klum visits her family in Germany as often as she can and has said that she feels at home in both Los Angeles and her German hometown, Bergisch Gladbach.

Heidi has appeared on numerous American TV shows as well as many German TV shows including the hugely successful ‘Germany’s Next Topmodel’.

You can see Heidi Klum teaching Jimmy Fallon some funny German words in the video below:

What Are Heidi Klum’s Views On Learning Languages?

Heidi Klum obviously thinks speaking more than one language is important as she is teaching her kids to speak German.

Her eldest daughter, Leni, has shown off her German skills many times in interviews and she appears fully fluent with no accent.

You can see Heidi Klum speaking German alongside her daughter, Leni, when they did a joint interview for Vogue Germany together.

It may surprise you that Heidi Klum speaks 2 languages. It surprised us too!

We think it’s great that Heidi Klum is teaching her children to speak her native language as speaking more than one language is a great skill.

Thanks for reading this post which answers the question ‘how many languages does Heidi Klum speak?’.