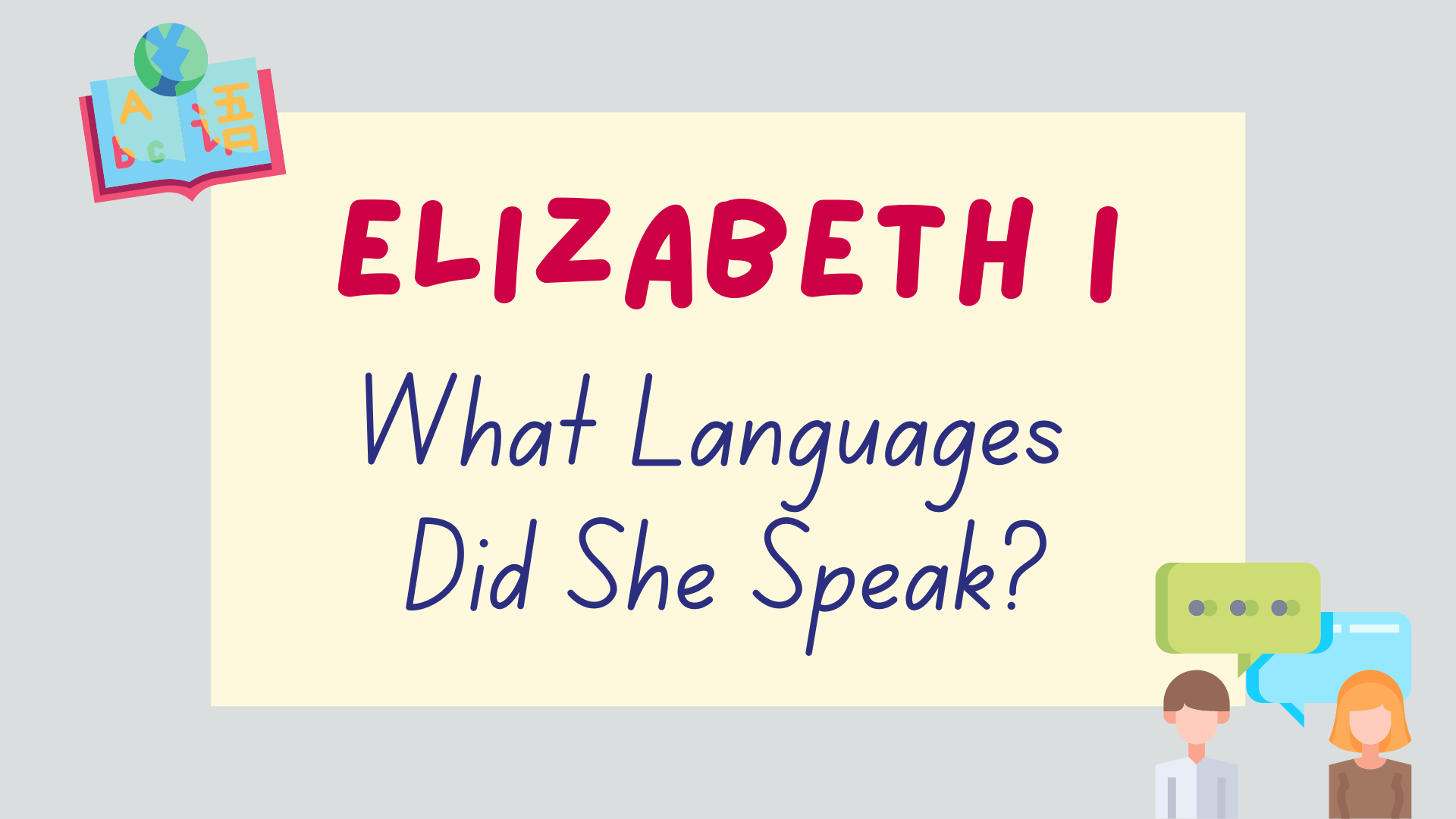 Queen Elizabeth 1 was the Queen of England and Ireland from 1558 until her death in 1603. She was the last of the Tudors.

You may be wondering how many languages did Queen Elizabeth 1 speak? She is one of the most famous Queens in history so it’s natural to wonder if she also spoke multiple languages.

Don’t worry, we’ve got you covered. This post will go into detail on what languages Queen Elizabeth 1 spoke, how fluent she was in them and how she learnt them.

What Languages Did Queen Elizabeth 1 Speak?

English was her first language as she was born in England in 1533. She was also raised in England.

The version of English that she spoke was Early Modern English which could be understood by English speakers today.

As the daughter of a king, Elizabeth received a first-class education. Additionally, she had a natural aptitude for learning languages.

In 1537, when Elizabeth was 4 years old, Kat Ashley was appointed as her governess.

By 1544, when she was 7 years old, Elizabeth could already write in English, Latin and Italian. At this point she got a new tutor, William Grindal, who helped her progress in French and Greek.

By the age of 12, Elizabeth was able to translate her stepmother Catherine Parr’s religious writings from English into Italian, Latin and French. She then gave this to her father as a New Year’s gift.

Throughout her life, Elizabeth translated works by classical authors that were originally written in Latin and Greek into English.

At that point in time knowing Latin would have been very important as most books were written in Latin as it was the language of scholars.

This includes most literature, science and philosophy works. Ancient Greek was also used for similar purposes.

She additionally wrote a lot in other languages including writing letters in Italian, Latin, French and Spanish. She even spoke at the University of Oxford in Latin.

When meeting with a Spanish ambassador, she is known to have spoken with him in both Italian and Spanish.

Although Elizabeth did speak Spanish fluently, she deliberately avoided using it later in her reign for political reasons.

By the end of her formal education in 1550, Elizabeth was considered to be one of the best educated women in her generation.

By the end of her life, she was also believed to be able to speak Welsh, Cornish, Scottish and Irish. It’s unclear exactly how fluent Elizabeth was in these languages.

These were all the languages of the people who she ruled over as Queen.

In 1603, the Venetian ambassador said that Elizabeth ‘possessed nine languages so thoroughly that each appeared to be her native tongue’.

It seems clear that she spoke most of these languages to a very high level.

Her knowledge of so many languages no doubt gave her confidence in dealing with other world leaders.

Did you know that Elizabeth’s father, Henry VIII spoke many languages too?

It may surprise you that Queen Elizabeth 1 spoke 11 languages. It surprised us too!

We’re super impressed that alongside being one of England’s most famous Queens, Elizabeth had the time to learn 11 languages!

Thanks for reading this post which answers the question ‘how many languages did Queen Elizabeth 1 speak?’.