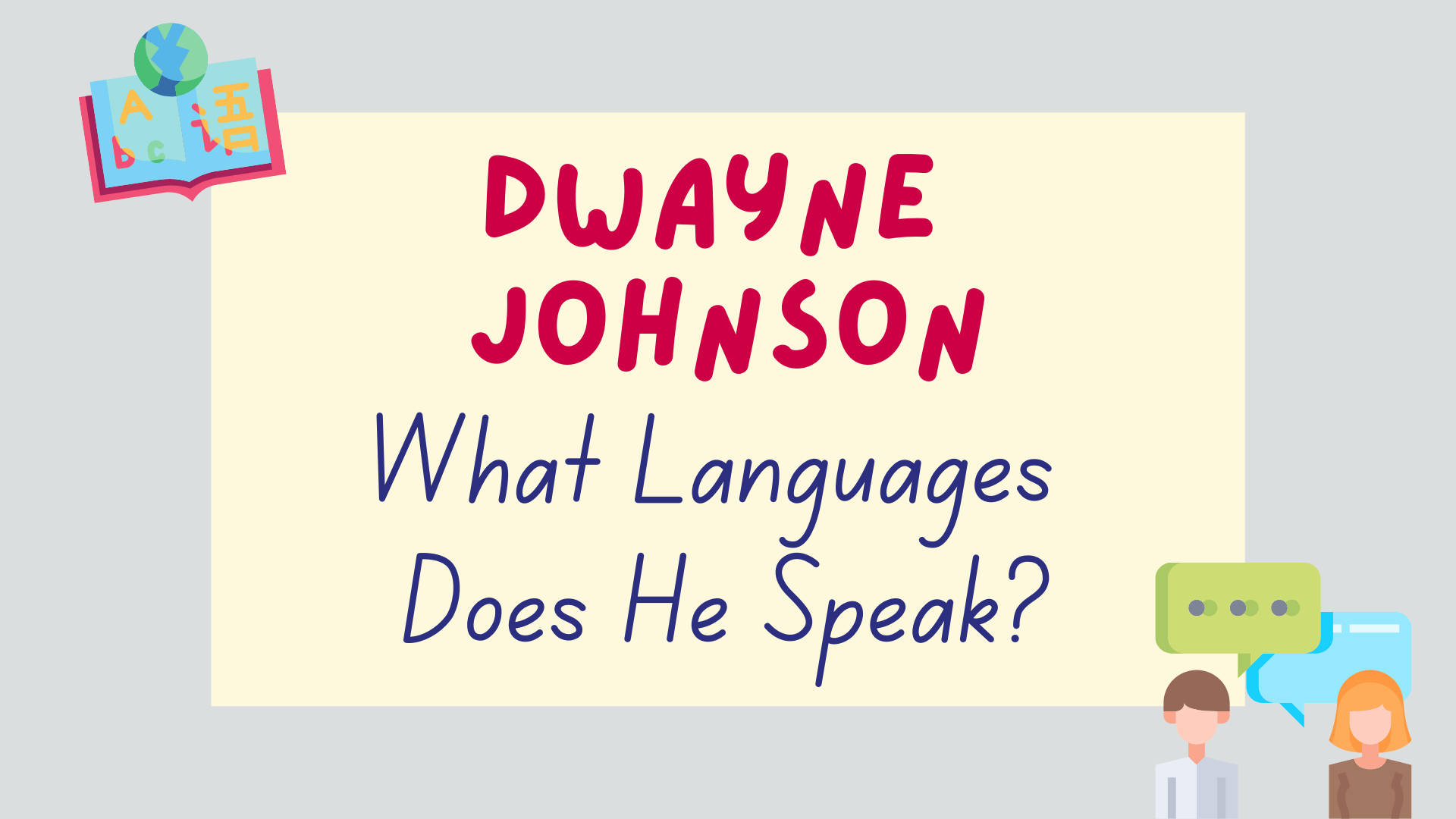 Dwayne Johnson, also known as The Rock, is an American actor and former professional wrestler.

You may be wondering how many languages does Dwayne Johnson speak? He has had huge success so it’s natural to wonder if he also speaks multiple languages.

Don’t worry, we’ve got you covered. This post will go into detail on what languages Dwayne Johnson speaks, how fluent he is in them and how he learned them.

What Languages Does Dwayne Johnson Speak?

English is his first language as he was born and raised in the US.

Whilst he cannot speak Samoan fluently, it’s likely that he can speak it a little bit and probably knows some basic words and phrases.

Dwayne Johnson was born in 1972 to a Canadian father and a Samoan mother, meaning he is half Samoan.

His maternal grandparents were both born in Samoa and spoke Samoan fluently, however his mother was born in the US.

As a second generation American-Samoan, it’s unlikely that Dwayne Johnson would be able to speak the language, however he is very proud of his Samoan roots.

He was seen speaking in the Samoan language for a scene in the Fast & Furious movie ‘Hobbs and Shaw’.

Check out Dwayne Johnson speaking Samoan in this film in the video below:

During the scene, The Rock can be seen calling out to the Gods in Samoan and taking part in a traditional Siva Tau which is a Samoan war dance.

Reportedly his mother, who was also on set, started crying as she had never heard him speak Samoan before to this extent and it made her very proud to see him speaking the language of his ancestors.

As Dwayne Johnson can’t speak Samoan fluently, he said that he worked with a Samoan team to perfect his Samoan and ensure he was saying everything correctly.

He was very proud and happy that he was able to showcase Samoan culture in the movie and revealed that this was the first ever Hollywood movie to do this.

In an interview with Stephen Colbert, The Rock said that growing up he and his family were always singing Samoan songs.

You can see Dwayne Johnson speaking Samoan (or rather singing) in the video below:

Dwayne Johnson was married to Dany Garcia from 1997 to 2008. Dany is the daughter of Cuban immigrants and speaks Spanish fluently.

During their marriage, The Rock learned some Spanish from his wife but he did admit that he cannot speak it fluently.

When discussing this, he said that his Cuban wife taught him a few sentences but admitted that he can only understand very basic sentences.

Additionally, on Instagram, The Rock posted that whenever he’s asked on live TV if he speaks Spanish he always says ‘my Spanish is limited to the one phrase I’ve heard from Latin women all my life…AYE PAPI’.

Based on the above evidence, we can conclude that Dwayne Johnson doesn’t speak Spanish.

You can see Dwayne Johnson speaking Spanish in the video below. As you can see he is only able to say a few basic words and cannot actually speak or understand the language.

It may come as a surprise to you that Dwayne ‘The Rock’ Johnson is a mostly monolingual speaker. It surprised us too!

Thanks for reading this post which answers the question ‘how many languages does Dwayne Johnson speak?’.