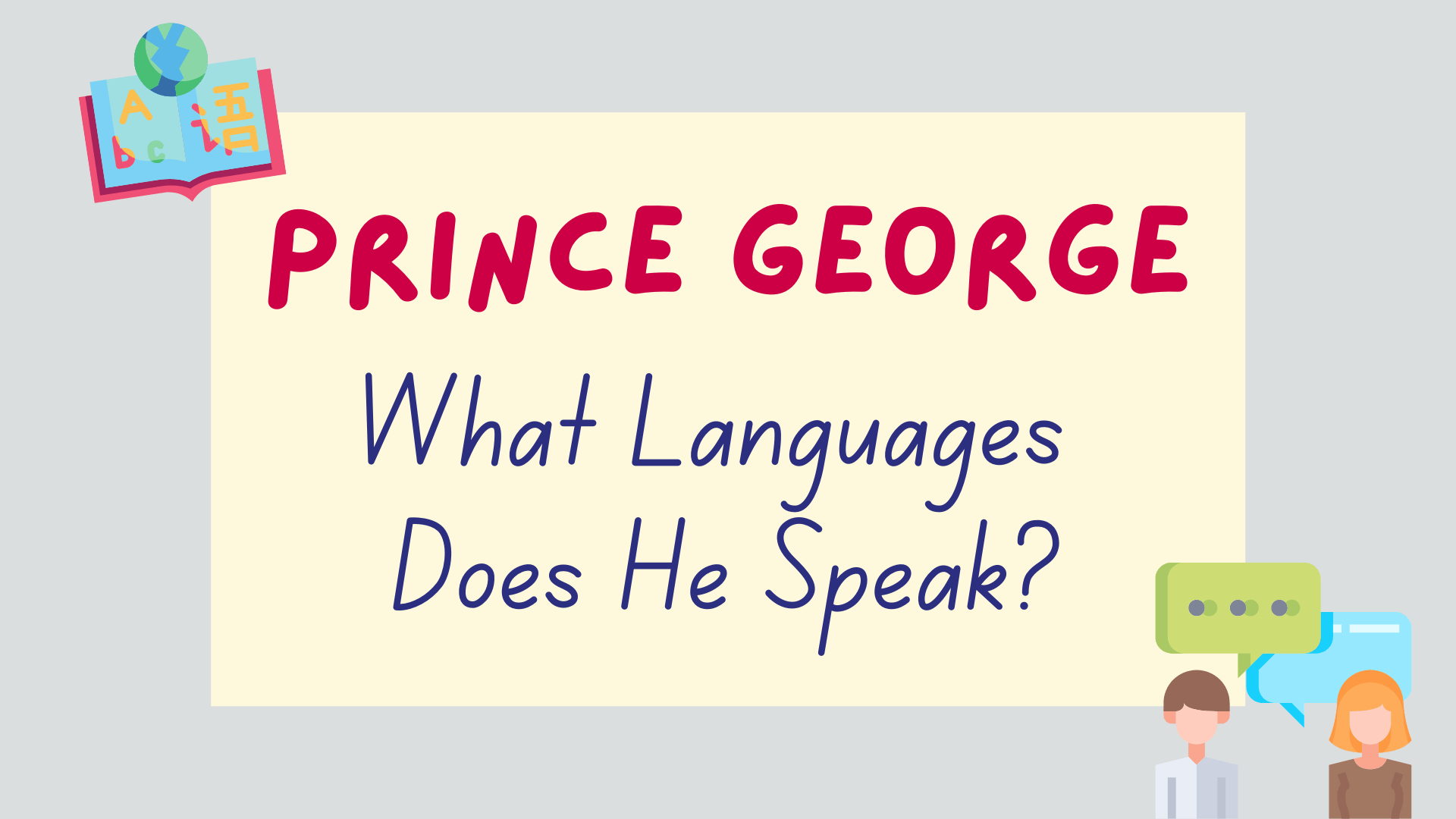 Prince George is a member of the British royal family. He is the eldest son of Prince William and Kate Middleton, born in 2013.

You may be wondering how many languages does Prince George speak?

Don’t worry, we’ve got you covered. This post will go into detail on what languages Prince George speaks, how fluent he is in them and how he learnt them.

What Languages Does Prince George Speak?

English is his first language as he was born in the United Kingdom in 2013 to British parents.

He is currently attending an English-speaking school and his parents also speak English so this will be his first language.

George was seen speaking publicly for the first time in 2020 when he was filmed asking David Attenborough which animal would become extinct next.

Check out Prince George speaking English in the video below:

It has been reported that Prince George is learning Spanish from his nanny.

George’s nanny, Maria Turrion Borrallo, is a native Spanish speaker and was hired by George’s parents to look after him and his siblings shortly after his birth.

Maria Turrion Borrallo, who is originally from Spain, has been in the UK for 20 years and was educated at the prestigious Norland College which is well known for producing top-rated nannies used by royals.

She has been caring for Prince George since 2014 when he was just 8 months old.

George is also learning Spanish at school. He currently attends Thomas’s Battersea Primary School in London where Spanish features on the curriculum.

By age 4, it was reported by his mother Kate Middleton, that he could already count to 10 in Spanish. By now, he probably knows a lot more!

It’s a well-known fact that children are able to pick up languages much easier than adults so it’s great that George is picking up Spanish naturally from his nanny.

He’s learning to speak Spanish in the same way he learnt to speak English, through immersion.

No doubt his Spanish skills will help him out on royal tours when he’s older.

Why is Prince George Learning to Speak Spanish?

For a long time, European royal families have taught their children to speak the most useful languages in Europe at the time.

For a long period, French was seen as the most useful second language to know which is why so many royals speak it including Queen Elizabeth II and King Charles.

This makes sense because Spanish is the 4th most spoken language in the whole world by total number of speakers.

In fact, there are twice as many Spanish speakers around the world than French!

When Prince George becomes older he will begin attending official engagements and taking part in royal tours, as the 4th most spoken language in the world, there’s no doubt that Spanish will be a useful skill.

Whilst Prince George isn’t currently learning to speak Welsh, it is thought that he will learn to speak it one day.

In preparation for his future role as Prince of Wales, it is likely that he will learn at least basic Welsh.

Currently the title is held by George’s father, Prince William. When William becomes King, the title will then pass to George.

Being able to speak Welsh is an important part of the role and so it’s likely that George will learn to speak it, following in the steps of his father.

Additionally, King Charles learnt to speak Welsh as he was the Prince of Wales for over 60 years.

Prince William began learning Welsh as a child, upon request of his father King Charles who was keen for him to learn it, so George could begin his Welsh studies soon!

It may surprise you that Prince George speaks 2 languages. It surprised us too!

We think it’s great that George is growing up speaking a second language as it will give him the chance to connect with millions more people across the world.

Thanks for reading this post which answers the question ‘how many languages does Prince George speak?’.