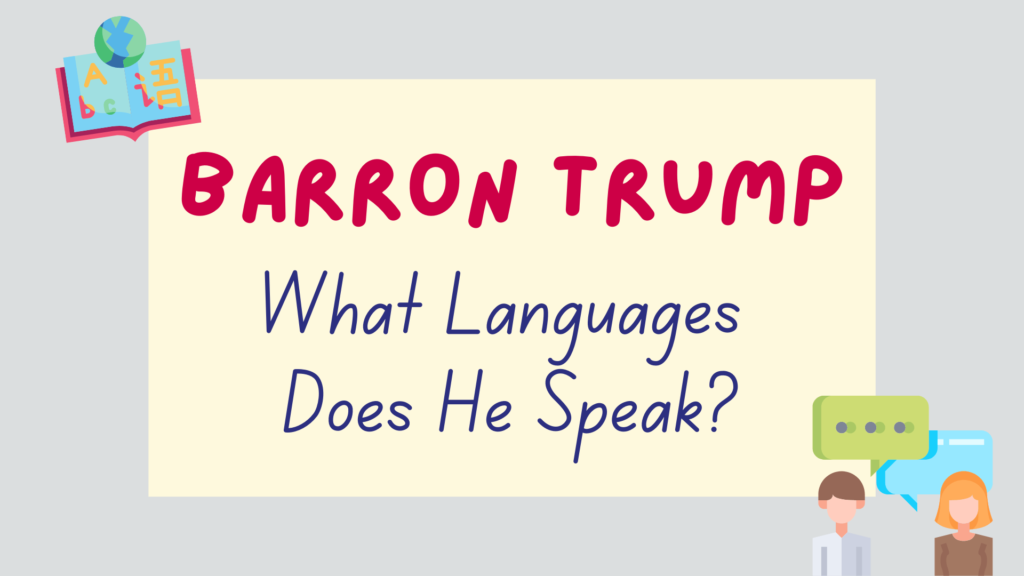 Barron Trump is the son of Melania and Donald Trump.

You may be wondering how many languages does Barron Trump speak? He has a mixed heritage so it’s natural to wonder if he also speaks multiple languages.

Don’t worry, we’ve got you covered. This post will go into detail on what languages Barron Trump speaks, how fluent he is in them and how he learned them.

What Languages Does Barron Trump Speak?

English is his first language as he was born in New York in 2006 and raised in the US.

His parents speak to each other in English and he attended English-speaking schools growing up so naturally this is one of his native languages.

Barron’s mother, Melania, was born and raised in Novo Mesto which was a city in Yugoslavia at the time but now forms part of Slovenia.

For this reason, Melania Trump speaks Slovenian as her first language.

Melania has stated in the past that her son, Barron Trump, can also speak Slovenian.

She confirmed this back in 2009, when she said that Barron, who was just 3 years old at the time, was already speaking both English and Slovenian.

Barron uses Slovenian to speak with his mother, maternal grandparents and the rest of his Slovenian family. Reportedly he speaks Slovenian perfectly.

It’s quite common for immigrant parents to teach their children their native tongues. It’s likely that Melania spoke to Barron in Slovenian a lot as a young child so he picked up the language.

It was even once reported that Barron spoke English in a strong Slovenian accent as a young child.

Melania confessed that he had the accent because he spent most of his time with her as a child.

You can see Barron Trump speaking English with a strong Slovenian accent in the video below:

The above video was recorded when Barron made an appearance alongside his parents on the Larry King Show at age 4.

It may surprise you that Barron Trump speaks 2 languages. It surprised us too!

It’s great to see that Barron Trump learned to speak his mother’s language and uses it to communicate with his Slovenian family.

Thanks for reading this post which answers the question ‘how many languages does Barron Trump speak?’.