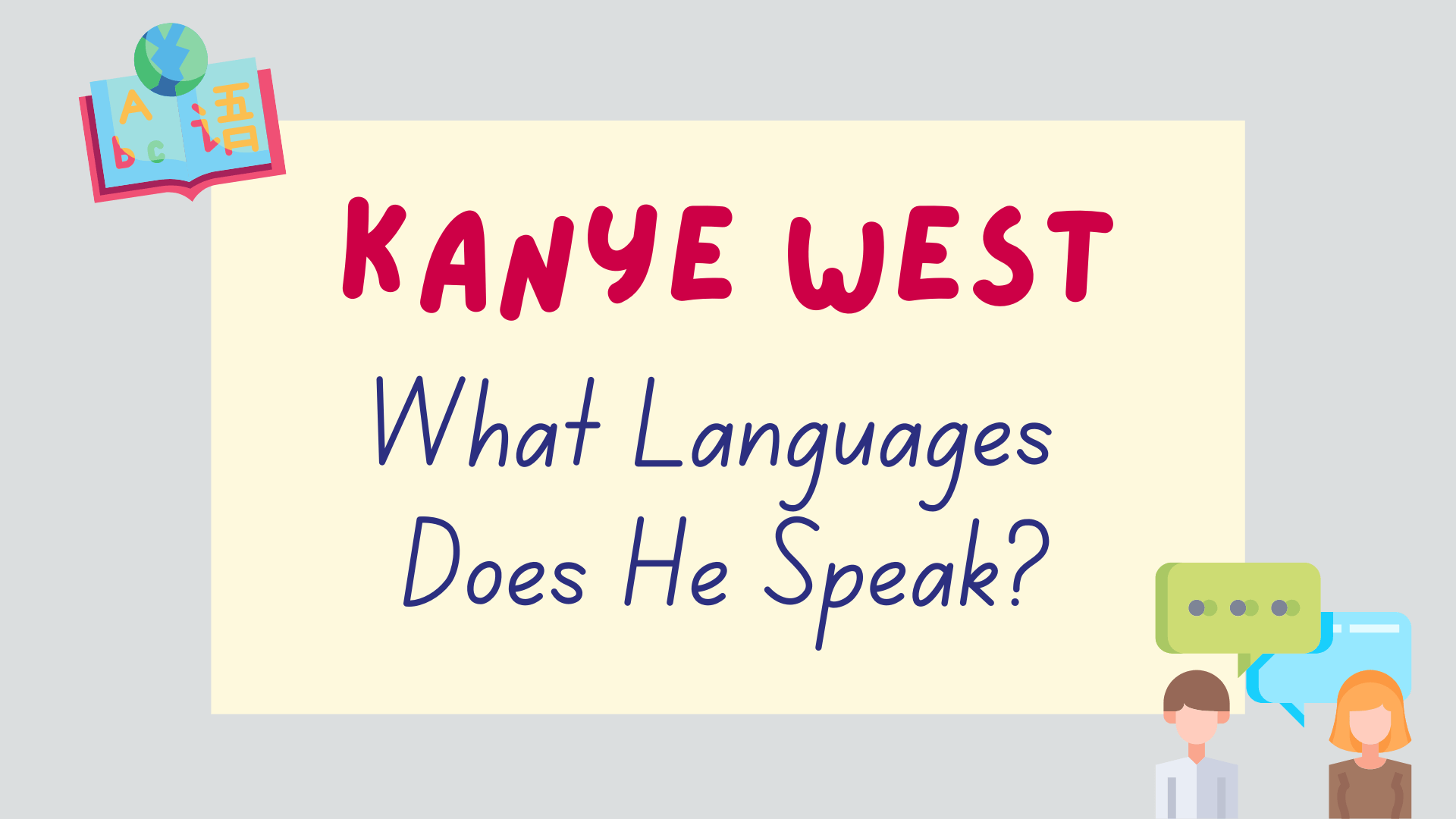 Kanye West is an American rapper and record producer.

You may be wondering how many languages does Kanye West speak? He has had huge success so it’s natural to wonder if he also speaks multiple languages.

Don’t worry, we’ve got you covered. This post will go into detail on what languages Kanye West speaks, how fluent he is in them and how he learned them.

What Languages Does Kanye West Speak?

English is his first language as he was born in Atlanta, Georgia in 1977 and raised in an English-speaking home.

He was mostly raised in Chicago by his mother where he attended English-speaking schools so naturally his first language is English.

No, Kanye West cannot speak Chinese but he could as a child.

At the age of 10, Kanye West moved to Nanjing, China with his mother, Dr Donda West, who was an English professor.

She began teaching at Nanjing University in China as a Fulbright Scholar. This was a form of exchange program.

According to Kanye’s mother, he was one of the only foreign children in his class but he soon settled in and learnt how to speak basic Mandarin.

His mother, Dr Donda West, wrote in her book that, although Kanye found the language difficult, he also found it super amusing that the word ‘ma’ meant both ‘mother’ and ‘horse’ depending on how it was pronounced.

According to her, ‘he played that to the hilt’. She then added that he had forgotten all but a few words of Chinese now saying that ‘languages are not like riding a bicycle, if you don’t use it, you’ll lose it’.

According to Kanye himself, the language barrier was the hardest thing about living in China.

It’s a well-known fact that children are able to pick up languages much easier than adults as their brains are less developed so this is likely why Kanye was able to pick up Mandarin so easily.

Despite learning Mandarin Chinese whilst in China, Kanye has since forgotten most of it and can no longer speak Chinese. He can still remember some basic words and phrases though.

Kanye West only lived in China for one year with his mother before they returned to the US.

When he returned to the US at age 11 he didn’t get much chance to use his Mandarin and so it slowly deteriorated over the years.

You can see Kanye West speaking Chinese in the video below during an interview.

He does mention at the end that he doesn’t know much now.

Many musical artists do this and usually work with a Spanish vocal coach to perfect their accent and sound authentic.

For example, Justin Bieber spoke Spanish in the hit ‘Despacito’ but he also cannot speak Spanish at all.

Does Kanye West Speak Any Other Languages?

Kanye claims to speak a new language created by himself that he calls ‘Swaghili’ which combines English and Swahili.

Kanye’s family have traced their roots back to Uganda where the national language is Swahili and Kanye has learned to say a few words and phrases in Swahili.

When discussing Swaghili, Kanye said that he is trying to start a new movement.

Kanye does also speak other languages from time to time when visiting other countries for his music tours.

Kanye was spotted speaking a little bit of Japanese whilst in Japan to connect with his Japanese fans.

Check out Kanye West speaking Japanese in the video below:

It may come as a surprise to you that Kanye West is a mostly monolingual speaker. It surprised us too!

It’s a shame that Kanye cannot speak Mandarin anymore but we’re still super impressed that he picked it up so quickly at just age 10.

Thanks for reading this post which answers the question ‘how many languages does Kanye West speak?’.

If you liked this post, you may also be interested in finding out what languages Kim Kardashian speaks.