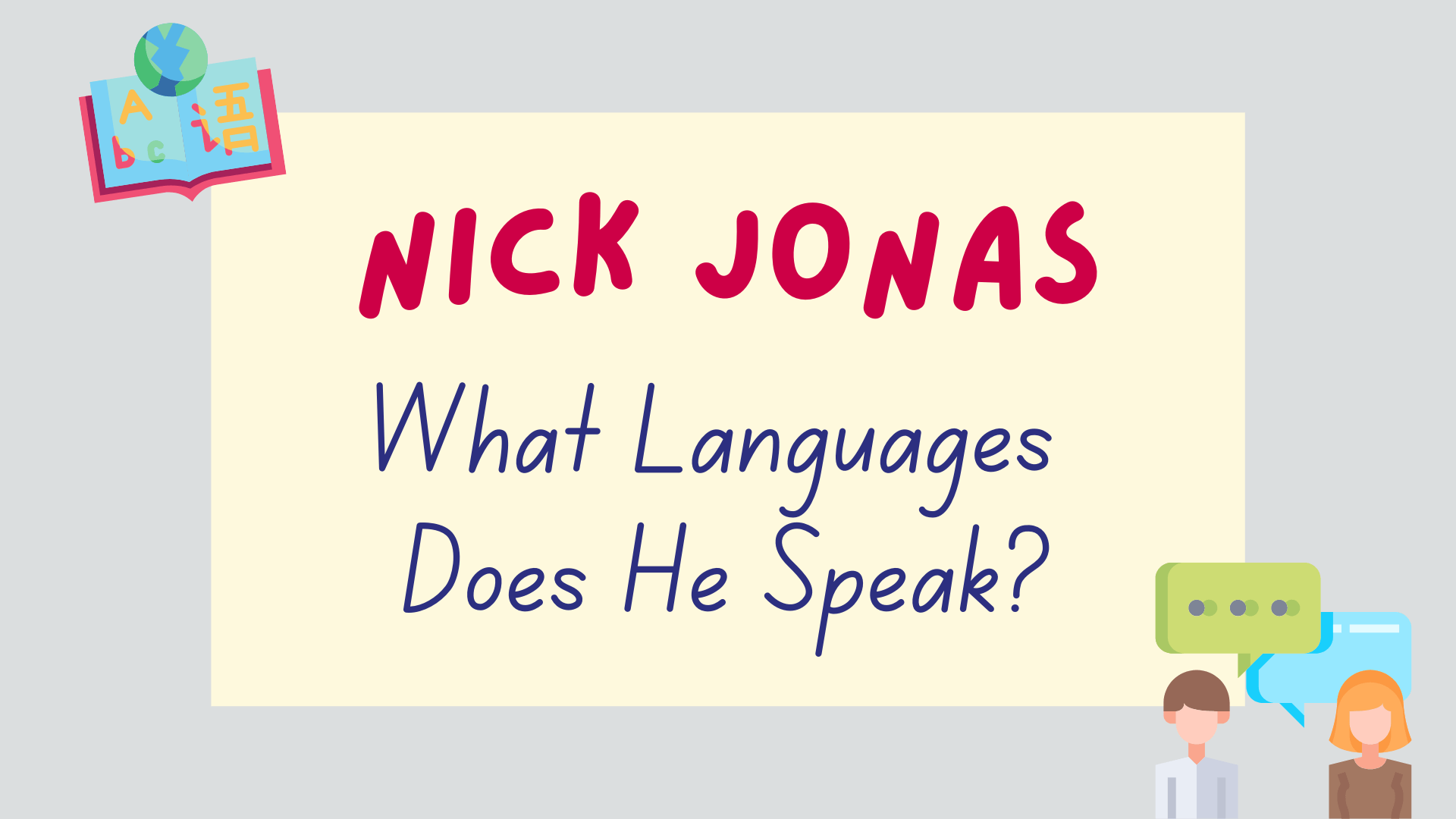 Nick Jonas is an American singer, songwriter and actor who is most famous for being in the band The Jonas Brothers.

You may be wondering how many languages does Nick Jonas speak? He has had huge success so it’s natural to wonder if he also speaks multiple languages.

Don’t worry, we’ve got you covered. This post will go into detail on what languages Nick Jonas speaks, how fluent he is in them and how he learned them.

What Languages Does Nick Jonas Speak?

English is his first language as he was born in Dallas, Texas in 1992 to American parents. He was then mostly raised in New Jersey.

As his parents only spoke English growing up and Nick attended English-speaking schools, naturally his native language is English.

We know this for sure because when, during an internet Q&A, he was asked to speak Spanish, he was unable to.

You can see Nick Jonas trying to speak Spanish in the video below:

During the video, he was asked to say something in Spanish.

All he managed to say were a few common well-known Spanish words like ‘hola’ and even then his brother was whispering them into his ear.

From the video, it’s clear that Nick Jonas cannot speak Spanish at all.

Although Nick doesn’t speak Spanish, he did recently sing in Spanish on The Jonas Brothers hit song ‘Runaway’.

It has become very trendy recently for popstars to sing in Spanish and they usually work with a voice coach to help them sound authentic.

Nick Jonas married Indian actress, Priyanka Chopra, back in 2018. Since then they have expanded their family and welcomed a baby girl.

Priyanka was born and raised in India so speaks Hindi natively. Additionally, she has starred in over 50 Bollywood movies which were mainly in Hindi.

For this reason, many people began wondering if Nick Jonas now speaks Hindi.

Priyanka actually learnt English from a young age and considers both Hindi and English to be her native languages.

As Priyanka and her family speak English so well, there is no need for Nick Jonas to learn Hindi.

Although he cannot speak the language, Nick does enjoy listening to Bollywood music in Hindi and he has mentioned it several times in interviews.

Check out Nick Jonas dancing to a Bollywood song in the video below:

Priyanka Chopra also once mentioned in an interview that Nick loves Bollywood music and often plays it at his photoshoots and house parties.

Check out Priyanka Chopra talking about Nick Jonas’s love of Bollywood in the video below:

Priyanka also once confirmed that Nick Jonas doesn’t speak Hindi when asked if he would ever star in a Bollywood film with her.

She replied saying that he would have to learn to speak Hindi first which is very difficult.

Based on this we can conclude that Nick Jonas doesn’t speak Hindi.

It may come as a surprise to you that Nick Jonas is a monolingual speaker. It surprised us too!

Although Nick hasn’t learned to speak Hindi, we still love that he is embracing his wife’s Indian culture through music.

Thanks for reading this post which answers the question ‘how many languages does Nick Jonas speak?’.