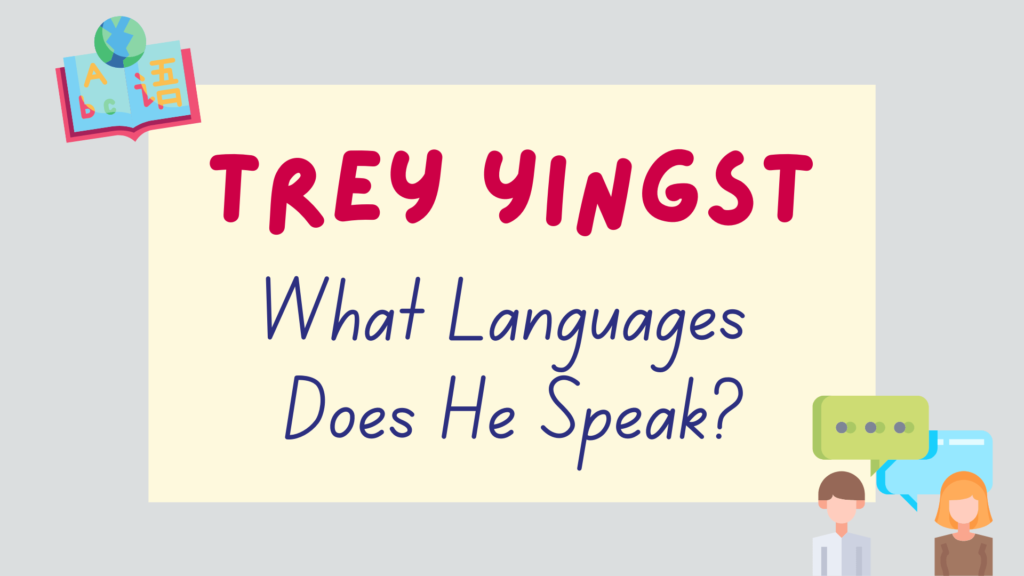 Trey Yingst is an American journalist who is currently the foreign correspondent for Fox News.

You may be wondering how many languages does Trey Yingst speak?

We often see him reporting from countries all over the world so it’s natural to wonder if he also speaks multiple languages.

Don’t worry, we’ve got you covered. This post will go into detail on what languages Trey Yingst speaks, how fluent he is in them and how he learned them.

What Languages Does Trey Yingst Speak?

English is his first language as he was born and raised in the US.

He was actually born in Hershey, Pennsylvania in 1993 where he spent his entire childhood.

What Nationality is Trey Yingst?

Trey Yingst is American as he was born and raised in the US although it’s thought that he has some German heritage.

Although he goes by ‘Trey’, his actual name is Gerald D. Yingst III.

Trey has never discussed his ethnic background publicly however his name gives us some clues.

His parents’ names are Debbie Yingst and Gerald Yingst II.

His surname, Yingst, is an Americanized version of the German surname Jüngst.

According to Wikipedia, the name Yingst is of Pennsylvania German origin which makes sense considering Trey is from Pennsylvania.

Based on this, it looks like Trey Yingst has some German heritage likely on his father’s side.

No, Trey Yingst doesn’t speak Arabic although he does regularly report from Arabic-speaking countries in the Middle East.

In 2021, Yingst reported from Qatar on the withdrawal of troops from Afghanistan. He has also reported on the Israel-Hamas conflict from the Gaza Strip during the same year.

Additionally, he has broken several high profile news stories from the Middle East including the existence of a secret Iranian base and the smuggling of Iranian oil into Syria.

Although Trey has had a huge involvement in the Middle East during his career so far, he cannot speak Arabic.

Working for a huge news channel like Fox News, it’s likely that he has a translator on hand to help him interview people so there’s no need for him to learn Arabic.

We know that Trey Yingst doesn’t speak Arabic as he listed the languages he speaks on his LinkedIn profile and Arabic doesn’t appear on the list.

Did you know? Whilst Trey can’t speak Arabic, other journalists like Richard Engel and Clarissa Ward can speak Arabic.

According to Trey Yingst’s LinkedIn profile, he has professional working proficiency in Spanish.

It’s unclear exactly where Trey learned to speak Spanish but it’s very likely that he learned it in school. Spanish is commonly taught in all schools in the US.

Aside from English and Spanish, Trey’s LinkedIn doesn’t show any other languages.

As he updated this profile himself, it’s unlikely that he knows any other languages.

Although it looks like Trey Yingst can speak Spanish fluently, we’ve never seen him speaking it publicly.

This is likely because Trey has mainly reported from countries in the Middle East and Ukraine so his Spanish skills have never come in useful.

No, Trey Yingst doesn’t speak Russian although he has reported from Ukraine.

Although he reported from Ukraine during the Russian invasion in 2022, Trey Yingst doesn’t speak any Russian.

In a report for Fox News, Trey Yingst was seen interviewing Ukrainians fleeing Ukraine, however he appeared to only speak to people that could speak English.

This indicates that he doesn’t speak any Russian or Ukrainian.

You can see this report in the video below:

Did you know? Although Trey can’t speak Russian, Edward Snowden has started learning Russian after fleeing to Russia from the US.

It may come as a surprise to you that Trey Yingst doesn’t speak any of the languages of the countries he reports from!

This is actually pretty common especially for reporters who work for big news channels like Fox News as they have interpreters on hand who can speak the language fluently.

Thanks for reading this post which answers the question ‘how many languages does Trey Yingst speak?’.